One part of growing up poor in an urban environment, from my experience in New York City, is that you get stuck in a bubble, a sphere that is reinforced by socio-economic forces. For me that meant tenement houses in the Lower East Side, and later, the projects across from the notorious Ave D Housing projects. In that microcosm, my mom tried to keep me safe from violence by immersing us in the church, isolating us from the “world”. That probably didn’t work as she intended, but it prevented the opportunity to get involved with the community, gangs and the scene on the street. I never had the opportunity to go to summer or science camp or mix with people from different walks of life. It also meant moving around in a network of other working poor, isolated families. In that situation, it’s difficult to imagine another scenario or way of life. For sure books can reveal other worlds, opening the readers’ imagination and introducing possibilities, but nothing is more powerful than a high-context, lived experience. In my opinion, it is personal encounter that shapes aspirations and expands horizons. Perhaps my experiences are unique, but if the general happiness of the participants at this year’s Big Idea Fest is any indication, it’s an amazing place to be, no matter how old you are. 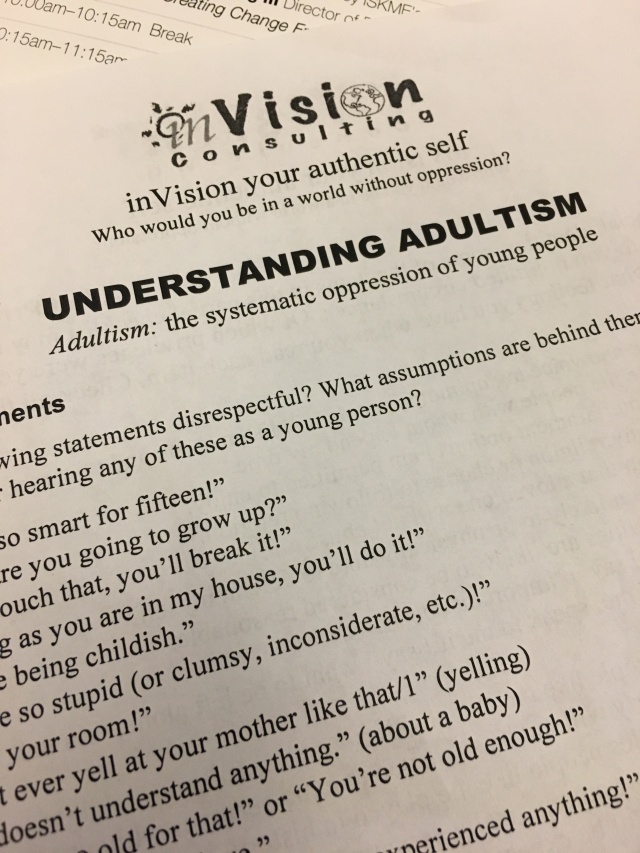 Big Ideas Fest might be the first time a teenager from an urban school gets to stay in fancy, four- and five-star hotel—with a pool, hot tub and all the other perks. This adds up in assets of navigational capitol that can be transferred into other areas of their lives. These young people will have the advantage of knowing how to navigate their discomfort in new spaces with new people, and also feel a sense of belonging in professional and recreational settings with mixed age groups, genders and vocations, which can have lasting impact on a student’s wellbeing and outcomes, not the least of which might be interview and social skills. At Big Ideas Fest, teen participants get treated like the thoughtful human beings they are, and if they don’t, they learn how to speak up and assert themselves by tapping into their personal power with tools taught to them at the conference.

My observation is that the student participants don’t always start out being confident and outgoing, but with the investment in them by staff and teachers, and quality interactions with other participants, many will flourish and find their places in the broader circle of the community. For these students, their Venn diagrams are suddenly overlapping with directors from international companies like Airbnb or with non-profit and grassroots founders, organizers and reformers from all over the country, people who seem more like themselves than distant success stories on the Internet. Big Ideas Fest does all of this youth from urban schools by providing them with scholarships to attend and take leadership roles. 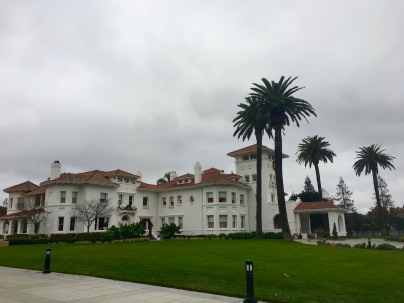 Plus, these teens gain other forms of currency that may fall under the radar: They get to enjoy posh places in California, like the Ritz Carlton and Hayes Mansion, fairly exclusive places by most standards. Not only are these young people learning how to be another world, they’re also experiencing that world as an expert, contributing high value to the outcomes of their Action Collab groups. They speak up, step up and handle a microphone to share their insights about the things they really care about. There’s no doubt that we have no idea what these teenagers are bringing to the conference until we step back and let them have their say. These may seem like trivial things, but the truth is, Big Ideas Fest helps young people to see outside of the scope of class confines, and expands and inspires possibilities, opportunities and aspirations. That’s just one of the great ideas that comes out of the annual conference.

Collaboration and a culture of innovation largely define what happens at a Big Ideas Fest (http://www.bigideasfest.org/home); the 2013 Conference was no exception. Before attending the conference I had already experienced a taste of the innovative potential of the ISKME Action Collabs at a professional development event sponsored by Multicultural Infusion Project at City College of San Francisco. I had no idea, however, how many ways that the people at ISKME could arrange to push us to the point of provocation. For three and a half days, participants at the BIF 2013 put their heads together to imagine the improbable and leave with an actionable plan. The conference also an opportunity for self-reflection and extending community, both of which serve to increase our abilities to transform society.

Among the many ways we were provoked, one of the most powerful had to be Nolan Bushnell’s address. What he said was edgy and smart, cutting and unapologetic, profound and commonsensical. He’s the kind of person who possibly sits alone on occasion. As someone who is often misunderstood because my offbeat sense of humor and outspokenness, I am grateful for my friends, who understand me—which is really good, because I had folks who wanted to sit with me during dinner. From what I saw, Nolan Bushnell intentionally inhabits the space of agent provocateur. With the suave self-confidence of a successful businessman, he seems to question everything and asks us to join him in dreaming up some impossible scenarios. I, for one, am still dreaming.

Bushnell forced us to think about the value of today’s college education when students are incurring a lifetime of debt with little earning potential in return. My own sensibility as an educator was challenged by the idea that college is nonessential. I was not alone. On the other hand, I could see it from his frame.Yes, if there’s an opportunity to experience success, why defer it for college? Well, possibly because urban, low-income youth of color don’t often have opportunities handed to them. Almost in response to my thoughts, Bushnell spoke directly to the participating high-school students, saying that they should be ashamed of themselves if they weren’t already entrepreneurs. They should be carving out their own destinies, envisioning and pursuing their ideals. I like that kind of expectation. It’s a high standard, blind to social issues, conditions and access—edgy. He totally ignores race and socioeconomic class. Why not? I didn’t think about or fear those things when I was 18. No one ever told me that my reality was limitless. But he did just that. He promotes knowledge, learning and education as good things, generally, but college only when it’s part of a larger plan. That’s when he said a few more controversial things about the value of certain majors. Controversy aside, one of the things that is really making me think about my own professional life trajectory is that he claims to hire people who possess the right attitude, most notably, “enthusiastic people.” He claims you can teach a person nearly anything, but they have to have the right personality to get a job from him. Our society also values youth, leading me to believe the combination of attitude and youth with the kinds of opportunities offered at Big Ideas Fest, could truly empower a young person to change the world.

Any one of the twenty teenagers could have walked over to Nolan Bushnell and convinced him to invest in their ideas. This is the power of the Big Ideas Fest: it’s creating opportunities for people who seem to live on different planets to communicate. That’s when I decided to talk to the man from Qatar in my work group. Maybe this all fits into the realm of identifying opportunities, which is what this conference is about. We have to dream big to even have a model for iteration. When we limit our dreams, then we don’t tap into our potential as co-creators. Big Ideas Fest is a place to step out of our shells.

Comfort doesn’t seem to be part of the fabric of innovation. From the power of what Rapid Fire presenter Michelle Fine calls “contact zones… where scale is deep and across,” allowing us  to touch and transform society at the community level, to bridging the divides between us with what Nina Simon calls “Social Objects,” I learned that we have to learn to talk to each other and listen. Technology, Simon explained, can be a social object that frees us from restrictive fears. Maybe, as with the process in our Action Collabs, the social object is the project, the dream or a common vision. It becomes more important than our individualism and enough outside ourselves to reduce discomfort, potentially changing how we see others and ourselves.

Collaboration requires letting go of one’s agenda. This was a difficult lesson, one that I constantly returned to. To be fully present and listen, we have to be receptive. Co-ownership and partnership with people from all walks of life is a gift, one with challenges and enormous rewards. Finding inspiration in a teenager and learning to listen to different perspectives can affirm or alter our direction, part of the prototyping process. To be truly useful, it is the relationships that define the relevance of our ideas, but not our gifts as individuals. We get to be our authentic selves.

So basically, all it takes to launch a big idea is a dream and some friends. Well, it seems that those are things youth have in abundance: dreams and friends. Maybe Nolan is right. I find my imagination has been sparked by attending the Big Ideas Fest, my inner child awakened. I want to reinvent my classroom and reeducate myself. Mostly, I see that we are truly limitless if we embrace that perspective.